The Rhode Island Association for Justice (RIAJ), which advocates for the rights of consumers and litigants in and outside of the judicial system, will honor The Hon. Jeanne Lafazia and the late Public Defender John Hardiman at its 26th Annual Awards Reception Friday, September 28, 2012.

“As a public defender, John Hardiman spent his professional life protecting individual rights in the courtroom and as a private lawyer and as distinguished jurist, Judge Jeanne LaFazia has protected the voice of the individual in the civil justice system.  RIAJ honors both for the dignity and respect that each has given to our courts in the course of their distinguished careers,” outgoing RIAJ President Donald Migliori said.

Former Rhode Island Public Defender John J. Hardiman will receive the Citizen of the Year Award. Hardiman passed away in October of last year. Hardiman spent his entire career as a public defender and was one of the state’s leading criminal defense lawyers. His cases were known for breaking ground.

Judge Jeanne E. LaFazia, Chief Judge for the Rhode Island District Court, will receive the Judicial Merit Award. Appointed to the Court in 2002 by Gov. Lincoln Almond, she was nominated by Gov. Donald L. Carcieri to oversee the District Court in 2012. In a statement announcing her nomination, Carcieri said “The District Court is the busiest court in our judicial system and requires a Chief Judge that possesses the integrity, the legal acumen and the ability to manage a high case volume and a complex judicial structure.  Judge LaFazia has the strengths and qualities necessary to lead the District Court. She is admired and respected by her colleagues, and I am confident she will continue to serve with the greatest honor, integrity and distinction in this new role.”

The Composix Kugel Mesh Litigation will be recognized as the Case of the Year. This case is the first multi-district litigation to be based in the United States District Court for Rhode Island.   It is also significant for the remarkable cooperation and coordination between our state and federal court in handling some 4,000 complex Kugel Mesh products liability cases. Lead counsel on the case is current RIAJ President Donald Migliori.

NEW RIAJ PRESIDENT TO BE INSTALLED

Members will also install a new president at the meeting. Current President Migliori will hand over the reigns to Anthony Leone.

Leone noted that “under Don’s leadership, RIAJ has worked to develop the skills of trial lawyers, increase membership and community outreach and protect the civil justice system in the courts and in the General Assembly. I look forward to continuing RIAJ’s long history of public service by joining forces with the Casey Feldman Foundation and EndDD.org to develop a program to end distracted driving.”

Under the RIAJ End Distracted Driving Program RIAJ members will visit local high schools and community groups to talk about the dangers of all forms of distracted driving. The details of the program will be announced at a press conference with Gov. Lincoln Chafee next month.

Leone is the founding member of Leone Law, LLC based in Warwick, RI concentrating in personal injury and business disputes.  He is a graduate of Roger Williams Law School, JD, Harvard University Extension School, ALM, and Villanova University, BA. He has has twice been recognized as a Rising Star in Super Lawyers and has earned the AV Preeminent rating from Martindale-Hubbell.

Letter from the President

Posted in News and Notes
← Previous Next → 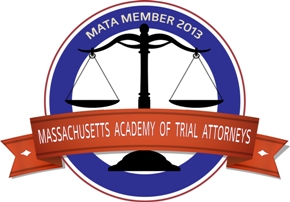 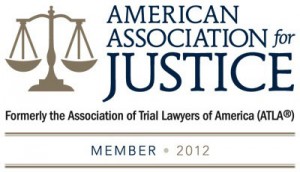